Are you facing
criminal charges?

We will fight to protect you. 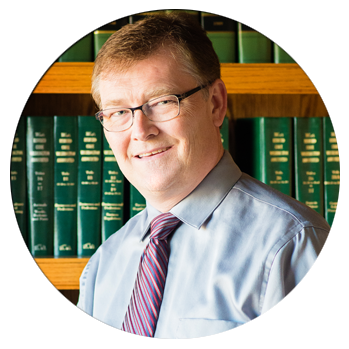 Mark was born in Rochester, New York, raised in Poughkeepsie, N.Y. and moved to Washington State in 1974. He graduated from Eatonville High School in 1979 and received his B.A. degree in History in 1983 from Northwest Nazarene University in Nampa, Idaho. Following college Mark attended the University of Puget Sound, School of Law (now Seattle University) where he obtained his law degree in 1986.

Mark’s principal area of practice is in Criminal Defense (Felony, Misdemeanor, DUI, Juvenile). He has experience in all Pierce, King, and Thurston County courts and routinely handles matters in Pierce County District and Superior Court, Tacoma Municipal Court, Lakewood Municipal Court, and Puyallup Municipal Court. He is a former prosecuting attorney (Pierce County) and is admitted to practice in both Washington State and Federal Court. Mark is both knowledgeable in the law as well as an experienced defense lawyer. Mark’s father, Paul Treyz, is a retired Pierce County judge, and Mark was a pro tem judge in Pierce County, from 1993 through 2005. In addition, Mark has been both a speaker and co-chair at various legal seminars over the past 30 years. He has handled over two thousand criminal cases in his 30 years of practice and has tried over 100 cases.

Mark resides in Puyallup with his wife Elva. He has three grown children; Taryn, an elementary school teacher who lives in Nampa, Idaho with her husband Kyle and daughter, Clara; John, a customer service representative with Metro Parks Tacoma; and Madison, a flight attendant with Compass Airlines. Mark’s outside interests include traveling, history, reading, and baseball. 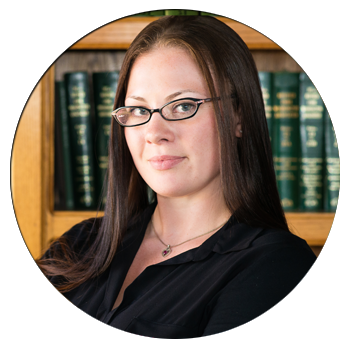 Heather was born in Tacoma and graduated from Bethel High School in 2004. While in high school she worked for Washington Mutual (now Chase) as a bank teller. Heather began working with Mark as his legal assistant in April, 2007.

In November of 2011, Heather decided she wanted to further her education and enrolled in a bachelor of business management degree program at Western Governor’s University. She received her B.A. degree in 2012. Heather felt that obtaining her bachelor’s degree would not only enrich her life but allow her to better assist both Mark and their clients. Heather started the Washington State Bar Association’s Rule 6 program in April, 2017. This is an intensive four year program that when completed will allow Heather to sit for the Washington State Bar examination.

Currently residing in Puyallup, with her husband Kris and children, Dylan and Kylee. Heather enjoys traveling, camping, and spending time with friends and family.